The Culinary Studio
The Culinary Studio is Metro-Detroit's first shared-use kitchen. Located in Southfield, our fully equipped kitchens are available at an hourly rate to food entrepreneurs and special cooking events. info@myculinarystudio.com

Halfway through summer some amazing fruits, vegetables and herbs enter their season for harvest.  Michigan's culinary world is already familiar with what's currently in season, or should be, but at the Culinary Studio we know that not everyone follows seasonal agriculture.

Here is a list of tasty foods that are in currently in season across our beautiful state, and should be on your farmer's market shopping list: 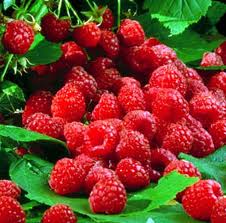 The Culinary Studio is all about promoting locally grown produce.  Many Michigan crops are hitting the local Farmer's Markets right now, and Michigan Raspberries are among the beautiful fruits you'll find.

To find a market or perhaps the closest "pick your own" farm nearest you:  Taste the Local Difference

Sometimes called "nutritional powerhouses," raspberries are rich in Vitamin C, fiber, and ellagic acid which studies are showing may be responsible for reducing cancers in many areas within the body.

Here are some suggestions on ways to use your raspberries, compliments of Absolute Michigan:

Posted by The Culinary Studio at 7:37 AM No comments: